Biotechnology was launched at a difficult time – in the middle of the pandemic. ‘We had a [active pharmaceutical ingredient, API] to get started,” says Fitzgerald. “What we needed to do was the formulation, the chemistry, the device, and preparing a clinical trial application.” Instead of beginning the costly – and time-consuming – process of finding lab space, buying the right equipment, and building in-house teams, “we developed…a combined drug-device product using entirely [contract research organisations, CROs]until a request for a clinical trial”.

‘[Contract development and manufacturing organisations] are, in my opinion, the special forces unit of the pharmaceutical industry: a highly specialized team that operates behind the scenes, performing difficult tasks in high-pressure situations,” says Peter DeYoung, managing director of one of these CDMOs, Piramal Global Pharma, headquartered in India. .

A few decades ago, drug development was often done directly by pharmaceutical companies that commanded in-house teams of thousands of scientists. “By the mid-1990s there was really a shift,” says Mark Chadwick, commercial director of CRO Charnwood Molecular, whose newest site in Loughborough, UK, was once a research center for AstraZeneca employing 2,000 people. “The top 10 pharma companies often had many internal molecular biology divisions, and over the past 20 years those divisions have disappeared,” Fitzgerald adds. “It was completely outsourced, mostly to Asia, just because of the price.”

For pharmaceutical companies based in Europe and the United States looking for low cost and high expertise, CDMOs in China have long been a major source of precursor drugs, while companies in India have largely focused on finished pharmaceuticals and biologics. “But wages in some of the major hubs in Asia have gone up a lot, and so has the cost of goods sold, so there’s some reversal,” says Fitzgerald.

The advantage of CROs and CDMOs is that you can search globally for the exact skills you need.

“The effects of the Covid pandemic came into play here as well,” DeYoung says. “The market buy-in to onshoring is real and we have responded, recognizing that the definition of ‘which shore’ varies and depends on our customer’s perspective and needs.

Minzhang Chen, co-general manager of China-headquartered WuXi AppTec, says its subsidiary, WuXi STA, is steadily increasing its global footprint in the United States, Europe and Asia. It added a new pharmaceutical manufacturing facility in Switzerland in 2021. Another site, focused on formulation development and manufacturing of oral solid and injectable drugs, is under construction in the United States.

Piramal also acquired a US site specifically to meet US pharmaceutical needs, DeYoung says. “We have taken significant steps in the area of ​​supply chain security by becoming less dependent on China and rethinking the raw materials pipeline.” 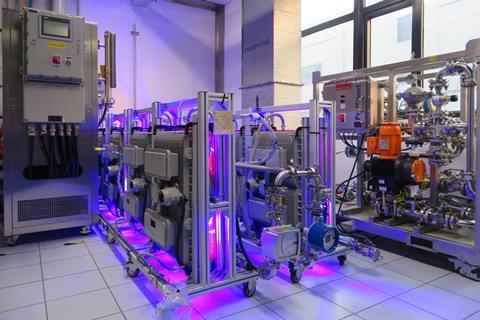 “I think pharmaceutical companies have taken a turn in terms of wanting to outsource development,” says Eduard Viladesau, partner and associate director of Boston Consulting Group (BCG), which is the company’s theme lead for manufacturing. under contract and external supply in the pharmaceutical sector. industry. “The scale and scope of outsourcing has changed dramatically,” Chadwick acknowledges. “Early in my career [in the early 2000s]I worked for a company called BioFocus (now Charles River) and drug discovery outsourcing was in its infancy. It is now a global industry.

Instead of one-off project transactions, there has been a move towards long-term strategic partnerships between contractors and their clients. Especially in the biotech industry, CDMOs are often seamlessly integrated with all internal development and manufacturing departments. Many small virtual pharma companies, those with few employees and few if any facilities, could not exist without CDMOs.

But over the past five to eight years, there has been a rise in organizations aiming to be “one-stop-shops” for everything from initial research to manufacturing. “While eight years ago real CDMO was a myth, I think that’s no longer true,” says Viladesau. “Integration between development and manufacturing is valuable even for large pharmaceutical companies because it dramatically reduces technology transfer and increases risk.” 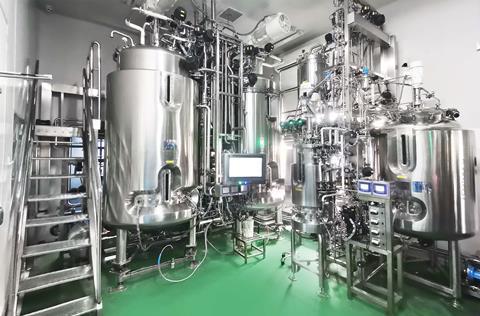 The pandemic marked a turning point in the relationship between CDMOs and pharmaceutical companies, wrote Viladesau and his colleagues in a BCG article. Prior to 2020, pharmaceutical companies typically outsourced services on a project-by-project basis. Long-term partnerships were rare; about 80% lasted only a few years. During the pandemic, CDMOs have suddenly become a huge source of additional research and manufacturing capacity – although it’s unclear whether this will translate into more strategic long-term collaborations.

“The relationship has become more integrated and broader, with increasing use of [contract research, development and manufacturing organisation, CRDMO] enterprises from early phases to full life cycle,” agrees Chen, who defines WuXi STA as one such CRDMO. Partnerships have moved from transactional to strategic. ‘[This] requires R&DMCs to have proven development technologies, manufacturing capabilities and quality systems, as well as experience and expertise.

“For biotechnology, especially virtual and emerging companies, it’s much the same, albeit deeper,” adds DeYoung. “Some of these customers don’t have any in-house technical infrastructure or capabilities, and certainly don’t have a deep talent pool to draw upon to meet specific technical needs.” While large pharma companies often work with a different subcontractor for each stage of the drug’s lifecycle, smaller companies may prefer to partner with a CRDMO that offers a wider range of research and manufacturing services, explains Viladesau. This reduces the burden of having to manage a complex set of partners for each individual step.

Speed ​​and competence are the two main things when it comes to making decisions about outsourcing, says Fitzgerald. “The advantage of CROs and CDMOs is that you can search globally for the exact skills you need. It’s hard to build, especially if you’re a small, one-location business.

The outsourcing market for biologics – sugars, proteins, nucleic acids or even whole cells and tissues – is growing at 10-15% per year, compared to 6-7% for small molecule drug compounds. While new chemical entities remain the largest segment of the CDMO market, says DeYoung, “biologics have been riding a wave over the past few decades and are certainly part of the change the market has been experiencing.”

I don’t see us going back to a situation where a pharmaceutical company employs thousands of scientists – I think that world is gone.

These new modalities require a completely different set of equipment and expertise than traditional drug molecules or even biologics. Moreover, the market for new modalities encompasses so many different technologies that it would be almost impossible for a single company to develop expertise in all of them – and bear all the financial risk should the drugs fail. But with the help of specialized CDMOs, companies can tap into different therapeutic areas. “It’s hard to see a trend at the moment, given that it’s already heavily outsourced,” Viladesau points out.

Despite this propensity for outsourcing, when one of these new products proves to be a clear winner, innovative companies will likely end up investing in in-house manufacturing, suggests Viladesau. “Because even despite all the talk of CMO capability, pharmaceutical companies still prefer to own the manufacturing capability.”

Multiple interconnected factors continue to drive the growth of outsourcing services. Chadwick Highlights Pharma Companies’ Efforts to Maximize Shareholder Value; Fitzgerald highlights cost aspects and technological advancements. DeYoung notes that large companies want to reduce assets and costs, while emerging companies want to get through stages as quickly and efficiently as possible, “even if it means failure.” The average number of drug approvals by the United States Food and Drug Administration nearly doubled between 2011 and 2021 compared to the previous decade, and this increase is associated with increased demand for outsourcing and more opportunities deeper integration into the pharmaceutical ecosystem.

Drugs containing complex molecules and substances require investment in new technologies, Chen says — a decision that can be more easily made by a specialized R&DMC than a pharmaceutical company. WuXi STA recently added an injectable platform for small molecules and new modalities. Piramal added capabilities in Peptide APIs and Biologics. “HRDC companies will continue to evolve over the next few years, investing in science and cutting-edge technologies to enable innovation, such as targeted protein degradation and photoredox chemistry,” says Chen.

“More generally, the pharmaceutical industry has realized that specialist companies can often be more productive than in-house resources in the R&D process,” says Chadwick. “Specialized CROs often see many projects in a number of targets and therapeutic areas, while employees working in a small or large pharmaceutical company may focus on a particular area.” It suggests that the CDMO market will continue to grow over the next five to 15 years. “I don’t see it going back to a situation where a pharmaceutical company employs thousands of scientists – I think that world is gone.”